You are here: Home / Who is who 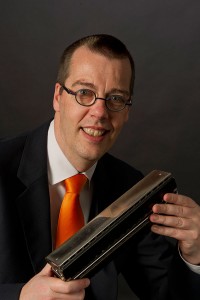 Ronald Kamminga
Ronald started his musical experiences with a classical organ education, being six years old. At eight he started playing the bass harmonica. He played it in the Harmonica Orchestra EMC and in the family trio, until 1980, the year he was one of the founding members of harmonica quartet FATA MORGANA. He is also one of the arrangers of the group. Over the last decade, he also acted as jury member at various harmonica festivals and gave several workshops. Playing music is his passion; professionally he works as a lawyer. Rob Janssen
Rob was born in Eindhoven, June 27, 1961. He grew up in a harmonica environment. He started playing the bass harmonica at the age of eight in the family harmonica trio J.J.J. (Janssen-Janssen-Janssen). Later he taught himself playing the chord harmonica, the harmonetta and the chromatic lead harmonica. In the 1970’s, he was a bass player in the EMC harmonica orchestra, a soloist on the chordomonica, and played chromatic, bass and chords in various trios and groups. In 1980 he was one of the founding members of Harmonica Quartet FATA MORGANA, where he plays chromatic and harmonetta and where he is one of the group’s arrangers. He also played the harmonica at various studio recording sessions. Next to playing harmonica, he also collects chromatic harmonicas as well as bass- and chord harmonicas. Not only is the harmonica his main hobby: it also lead to getting to know his wife Heike. 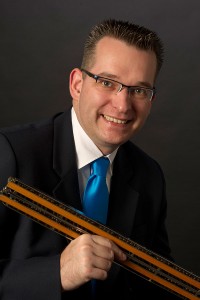 Antal van Acquoy
Antal was born in Eindhoven on August 13th, 1972. He started to play classical guitar at the age of twelve. Two years later, he took up the chord harmonica, playing in the EMC Harmonica Orchestra. Studying the electric guitar he played in various workshops and sessions, mostly blues. He joined the quartet in the spring of 1995. The last years Antal had several jobs as sales managers and grew into general management. Paul Cornelissen
Paul was only seven years old when FATA MORGANA was founded. He began to play the harmonica at the age of nine in Harmonica Orchestra EMC, Eindhoven. From 1994 until 1997 he also played in “Harmonica and Guitar Quartet Carré” and from 1997 until 2004 in “Duo Cadence” with Remco van den Boom. In 2002, Cadence won the “Vatti-award” at the Baltic-Nordic Harmonica Festival in Pärnu, Estonia. Since December 2001 he plays chromatic harmonica in FATA MORGANA. In his professional life he is a management team member at an educational institute. His wife and son are also musicians: his wife plays first violin in the Symphony Orchestra Eindhoven and his son (2002) is a student on the flute and plays in Woensels Muziek Corps.